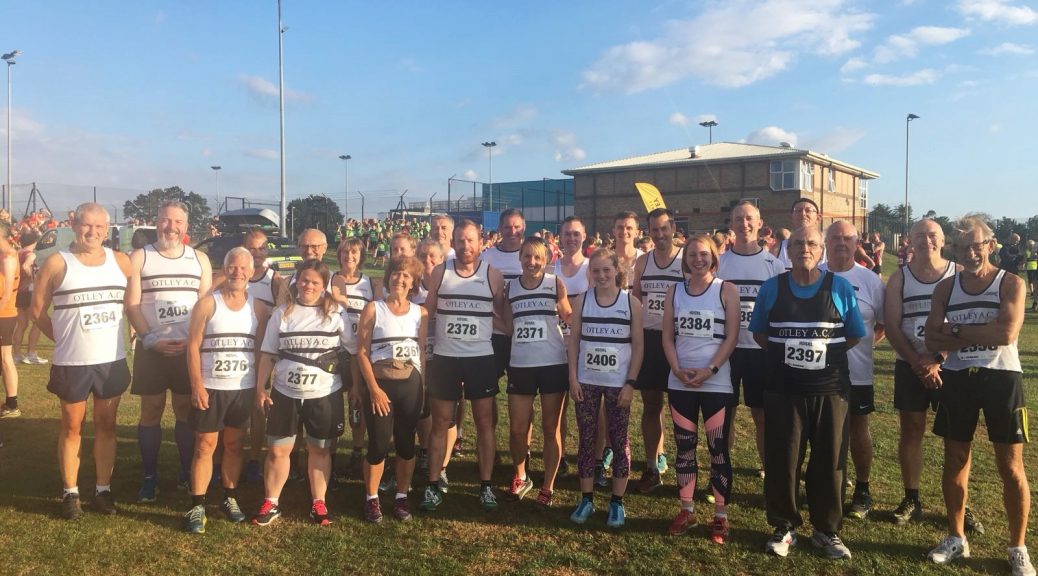 The final Harrogate League race of the season, hosted by Nidd Valley at Harrogate Hockey Club. A cooler evening than of late, but still warm, saw 350+ runners legging it over rutted fields, cycle paths and down the lush Nidd Gorge.

The race was won by the ever-green Andy Grant of Harrogate in 30.52, closely followed by Scott.

The ladies race was won by the also ever-green Sharon Barlow, also for Harrogate in 35.55.

There were 31 runners for Otley AC as per the table below. Some stand-out runs by Scott who will be very close to top of the league, Andy Pullan, who seems to be getting faster and faster, Sara 2nd in her age cat, Phil 1st in his and Ruth Poole also having a quick race.

As there is no handicap race, if there are any prizes for us once the final league standings are complete,  these will be handed out by the organisers at a training night in the near future.