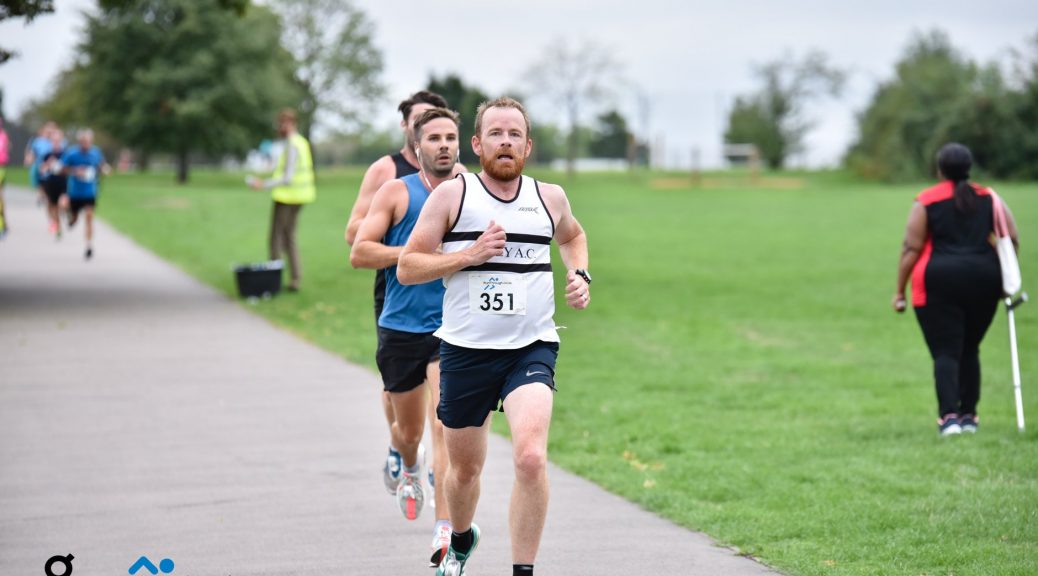 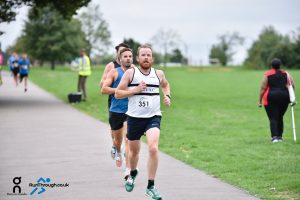 As I was down in London with work I did a quick search to see if there were any races on, and this series of park 5 and 10ks popped up. Having got my legs going in the Harrogate League I was wanting to do a decent time, but a few weeks of mainly cycling and occasional hillier runs had dented my pace. However, it seemed quite a low-key affair, if a bit pricey at £20. You did get chip timing and a very well organised race, with lots of happy helpers and a warm-up (static stretches though? Sheesh).

The company organise a series of races using the city’s parks, and this one was in Brixton; an area I’d not been to before. The park was very nice, surrounded by Victorian town-houses and the Herne Hill Lido was where we met.

Rather oddly you can choose on the night whether to do the 5k or 10k, paying same price for both. Being from Yorkshire I went for the better value 10k option. The starter called forward those 10k runners looking to run under 40minutes, and only about 6 of us stepped up, so it was definitely low-key.

One of the organisers acted as hare as we worked our way round the park, one lad could keep up with him, the rest of us formed a group of 4 or so out behind who made our way round the perimeter of the rather nice park, passing kids playing, touch-rugby games, cricket matches, boxing, slack-lining and lots of squawking parakeets!

The 10k was over 3 laps and so 3 times up a long drag, and 3 times up a steeper hill (think Roundhay parkrun route) so it definitely wasn’t flat. I struggled to hang on to the 3 other chaps, and wasn’t feeling brilliant, and the rest of the race was run on my own, so I think I slacked off a bit. The views from the top of the hill over to the city were quite impressive ( I must have slacked off to notice it!).

I finished in 6th Place in 39.33, probably a minute and a half down on my target, but it was undulating.

Winner was Sean Trott U/A in 35.42 way ahead of 2nd place who was about a minute ahead of me.

There were 388 runners in total.

If I’m back down in London and feeling flush I might do another one of these. Apologies for long report, but I’m on a train, and it’s better than working.