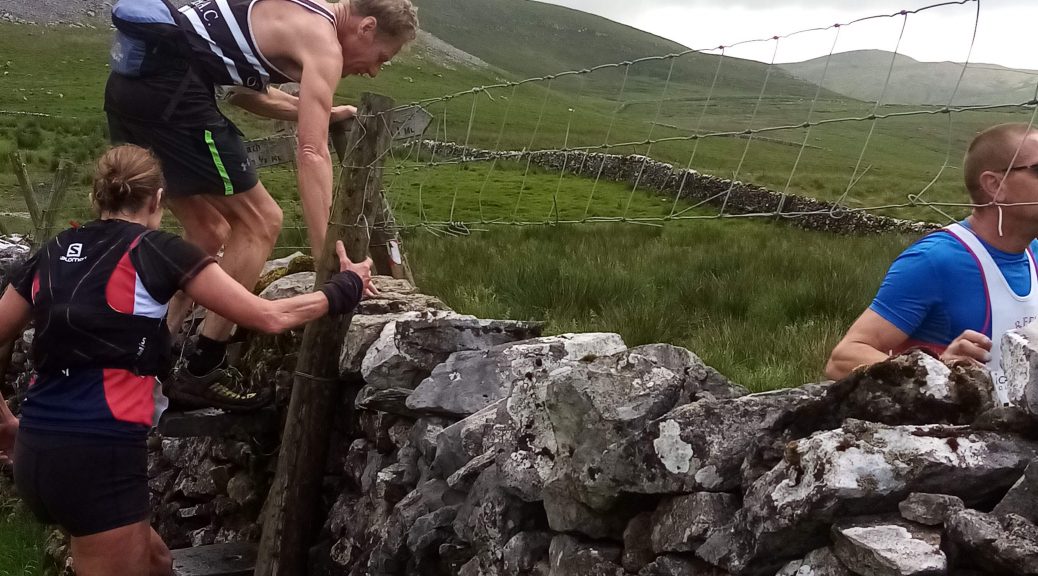 I don’t know why I’ve never looked at this race before when Andrew said I would enjoy the route, but I’m glad I did!  What started with a drizzly drive up ended with a lovely run out in fairly warm and clear weather.  After meeting up with fellow member Colin Best, who had decided not to do Buckden Pike the day before, we walked down to the start at Settle Market Square.  Colin and I generally have a game of cat and mouse during races we do together but Colin being the mountain goat he is, was better suited to this race as there was some good climbs where he leaves me well behind!  The race starts up the steep tarmac hill heading east then on to a track then up the first (and longest) of 3 climbs.  Colin being well gone by this time, followed by a brief down then up another shortish steep climb which took us above Attermire Scar and along a few boggy bits and some tussocky terrain then looped around to below the Scar and passed Jubilee Cave.  The limestone rocks make the run very scenic and enjoyable but watch out for all the holes! Onto the 3rd (and last) climb which Colin informed me was steep and painful but short…..I need to clarify his idea of short.  Hands on knees was right and longer than anticipated but followed by a very steep descent that would’ve been a good bum slider had it have been wet!  The final mile or so was on a track leading back to the Rugby club and finish.  Legs are jelly by that point and can’t cope with running any faster so it was no sprint finish for me.  Mr Best had a great run in 1.22 bang on and 111th position with me following a few minutes later in 1.26.42 and 126th position.  Race winner was Daniel Haworth-Matlock AC in 48.38 and first lady home was Hatti Archer-Hallamshire Harriers in 54.19 ahead of fell legend Victoria Wilkinson in second place.  A great race and definitely one I would do again.  Well organised by Settle Harriers with the added bonus of cakes and coffee courtesy of Settle swimming club.  This is also a selection race for the Snowdon International Hill race.   Lovely to see former member Odette Smillie who now lives in Settle, with her husband Martin coming to cheer us on…..Martin having run Buckden Pike the day before hence being on the sideline today. 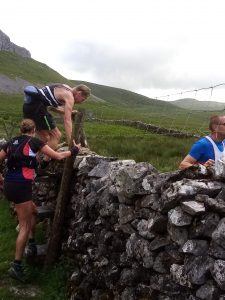 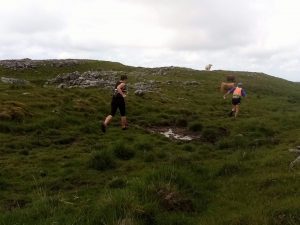