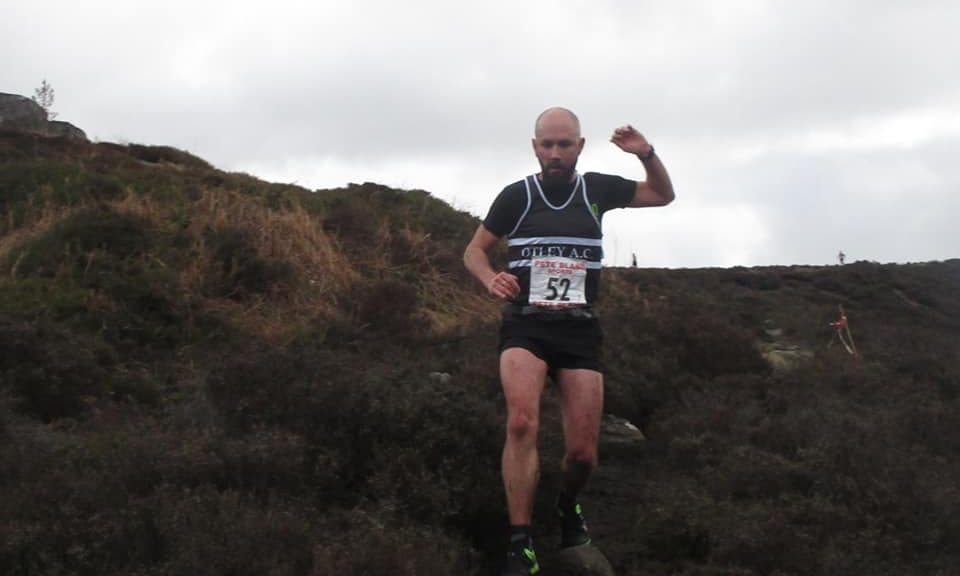 The 1st of March, Spring or not?  meteologically maybe, but there’s only a few signs at the moment, no mad march hares to be seen, (there you go Sharron!).

The gnarled old fell runner version of the conditions on Sunday, would probably be along the lines of, “Aye there was a bit of a breeze“,  “a bit soft up there today“.

A member of the general public would probably have had a different idea and stayed in bed, describing a howling gale & swamp like conditions.

I was actually surprised that I didn’t find the wind too bad & only went down to my knee once…, others may have had different thoughts though..

The hardest bit for me was the start of the second climb, which was a bit like trying to run up a travelator or up a down escalator,  the mud giving way with every other step.

A good turnout for the Black & Whites at this club fell runner of the year event, although Ross & Megan McCall and Neil Reed just missed getting an entry on the day as the last numbers were snapped up very quickly.   I did have a bit of a chuckle at the start when I over-heard a couple of runners, not from these parts, whispering “is that Antonio from Otley?“.  As famous as Ian Holmes in the fell running community 🙂

A couple of under 23’s took the men’s & women’s race, good to see.  Matt Chadwick was first back for Otley inside the top 20,  and it was good to see some fell novices enjoying the race. 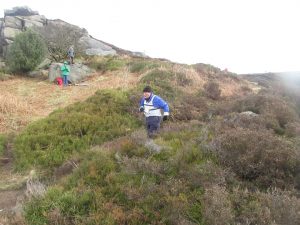 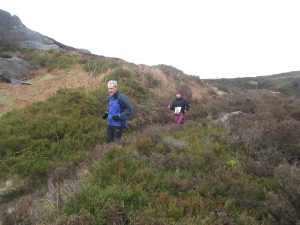 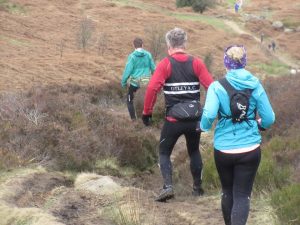 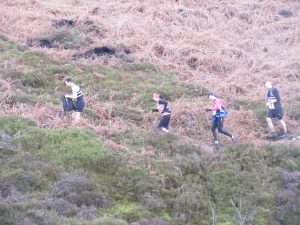 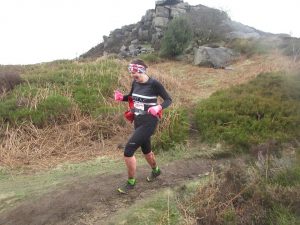 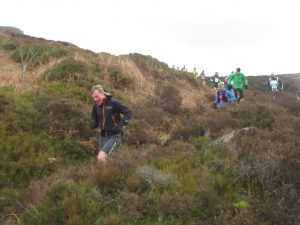 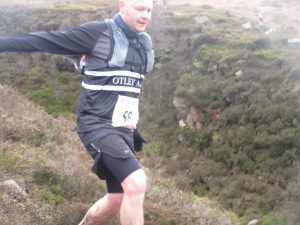 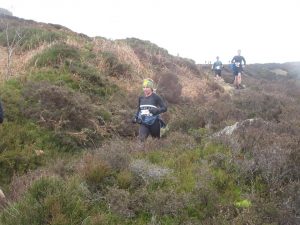 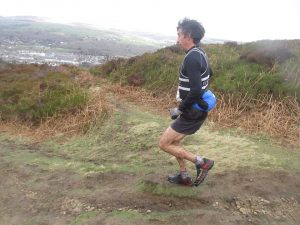