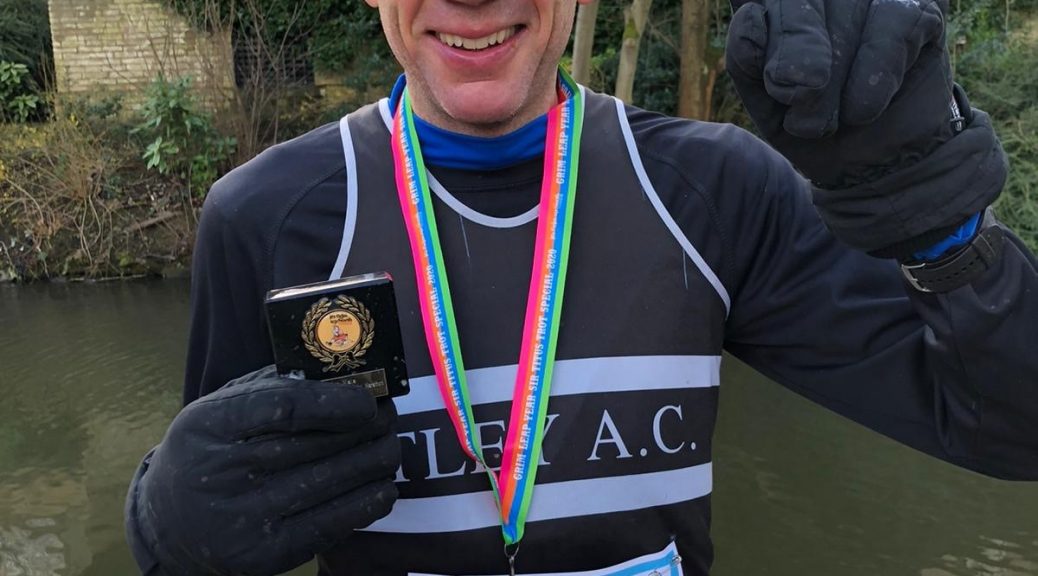 There were lots of good reasons to enter this one: I fancied doing a low-key marathon as a pace-setting training run for the Ibiza marathon in April; the ‘Its Grim Up North’ events have a reputation for being fun and friendly affairs (with good cake!); it was local and reasonably priced; last but not least, there was half a chance of a podium place, depending on who turned up on the day. Spoiler alert: I won it! My first ever first place – delighted!

Low-key it certainly was. When the marshall at the 16-mile, ‘turn round and head for home’ point says “no water here love. Just turn around and go back. That’s it” without even looking up from her ‘Take a Break’ you know what kind of a race you are in.

I didn’t do much pace-setting – the wind and the mud meant that this was a lot harder than I was expecting, and the pace was all over the place. And for some unknown reason I spent a lot of time and energy dodging tiny puddles on the canal towpath – some wannabe fell runner I am.

It was friendly-ish. Well organised but not that much craic. The medals ceremony consisted of the main organiser saying “Oh, here’s our first marathon runner. Well done Mr Otley, here’s your medal and trophy, keep moving, cakes on the table at the end”. But to be fair she was quite busy as there were a lot of other runners finishing at about the same time (it was a multi-distance event with staggered start times).

The cakes were great – I wasn’t expecting much after a last-minute plea for runners to bake and provide cakes was posted on the Facebook group the night before! There were plenty in the end, and every one I tried (about five different ones I think) was lovely.

Local and reasonably priced – Saltaire is handy enough, £24 is about as much as you would want to pay for such an event.

Podium place potential – did I mention I won it?!

I finished in 3:10:34. I’ve gone quicker in the marathon but I was happy with the time, all factors considered. 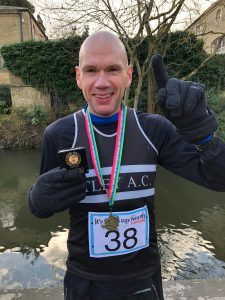