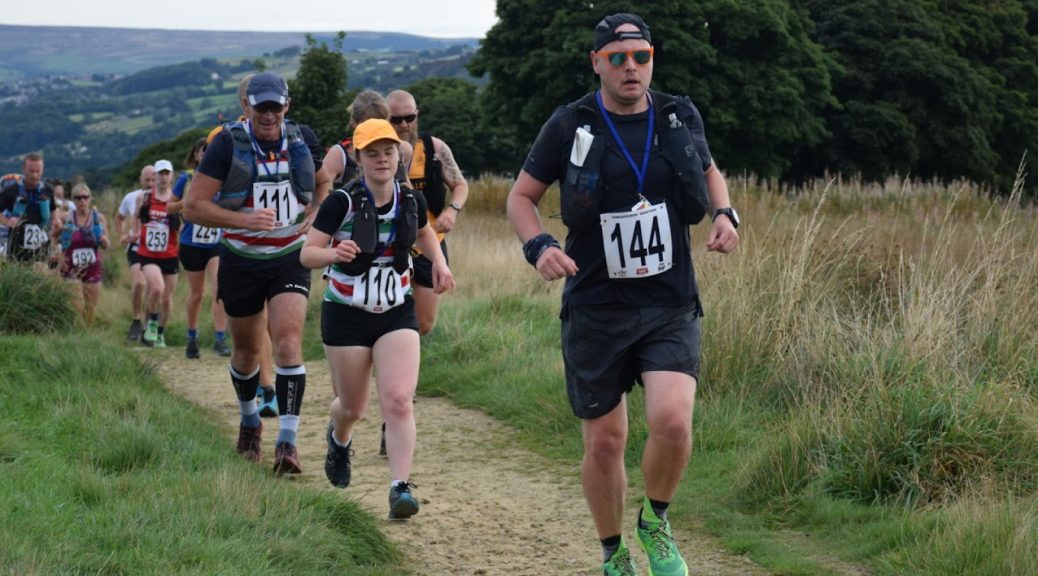 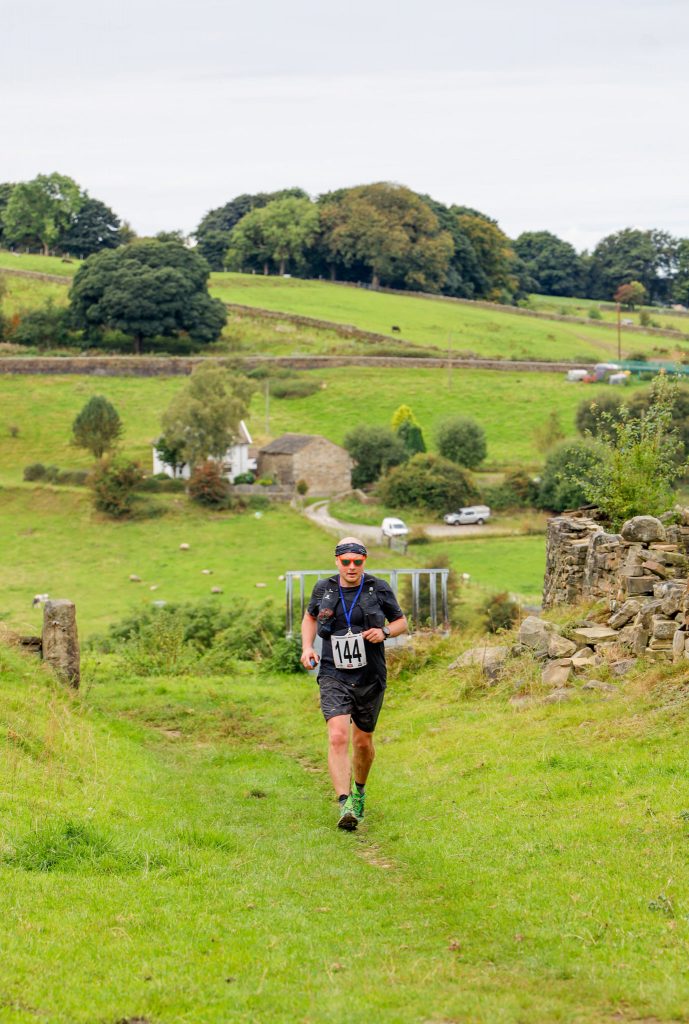 This was my second attempt at the Yorkshireman and the first race in which I had a time to try and beat. I really struggled last year, coming in at 5hrs 30. It was boiling hot and Lee basically dragged me round the latter stages so knew I could do better. A sub 5hr was my target but I was a little underprepared. Lee had done his ankle in so I was going solo, and messaged me mid-week to ask how I was feeling about the race which I quickly realised was a week earlier than expected so, Just like that, my relatively pants training schedule was complete!

Sunday quickly came round and got to Howarth about 8.15. Whilst faffing around with my stuff a lovely chap called Owen parked up next to me and we got chatting. He’d done it a few times so I thought “well, at least I could follow him”……..how wrong I was! (more on Owen later) We both trundled up the ‘Steps of Doom’ to register and grabbed a map! We returned with coffee in hand to pop our numbers on and get our kit ready. Owen reminded me we had forgotten our checkpoint tags so back up the ‘Steps of Doom’ – realising id left my map on the car bonnet and releasing a huge sigh, i returned back to the car, collected map, and returned back up the steps for the 3rd time. Warm up complete…..i was ready!

The mass start began midway up the cobbled street. All huddled together, there was a real buzz in the air and I was excited to get going. The first 8 miles or so are quite hilly and think we covered roughly 1500ft up to the first checkpoint!?!? – despite this, my legs felt great and after a quick top-up of the flasks and a banana, I was off again.

I reached the halfway mark around 2hrs 30, on target but had to get a wriggle on. It was this point i tried secret weapon number 1 – Mini Chedders. After nearly choking on the dry Mini Chedder dust i gave them up as a bad job! Not long after, I caught up with another Matthew who id been chasing for a few miles. He was having a rough patch but we shared a few miles together to take our minds off any niggles then went our separate ways. My legs were feeling it a bit at 17 miles, but got a nice surprise after a cow avoiding detour, where I bumped into Lee and Gez! Sweets in hand and a full-fat cold Pepsi…..(no Pespi Max like last time!) Just what the doctor ordered! After a quick chat, I was on my way again. The Pepsi was doing the trick and got my mojo back for a few miles but at 22 miles I started struggling. The cramps started, legs were getting heavy. Bluuurgggh. I met a guy called Josh not long after, both having a tough time, we put the world to rights over that last 5k. We both had a target of sub 5hrs but as the clock was ticking knew it was an impossibility. Pressure off, we could enjoy the last steep descent into Howarth. Through the weaving footpath, I forgot about my aching legs, knowing pizza was just around the corner. Up the cobbled road to the finish, Lee and Gez once again cheering me on! It was great! I even managed an 18:00/mile sprint finish!

There are no upcoming events.